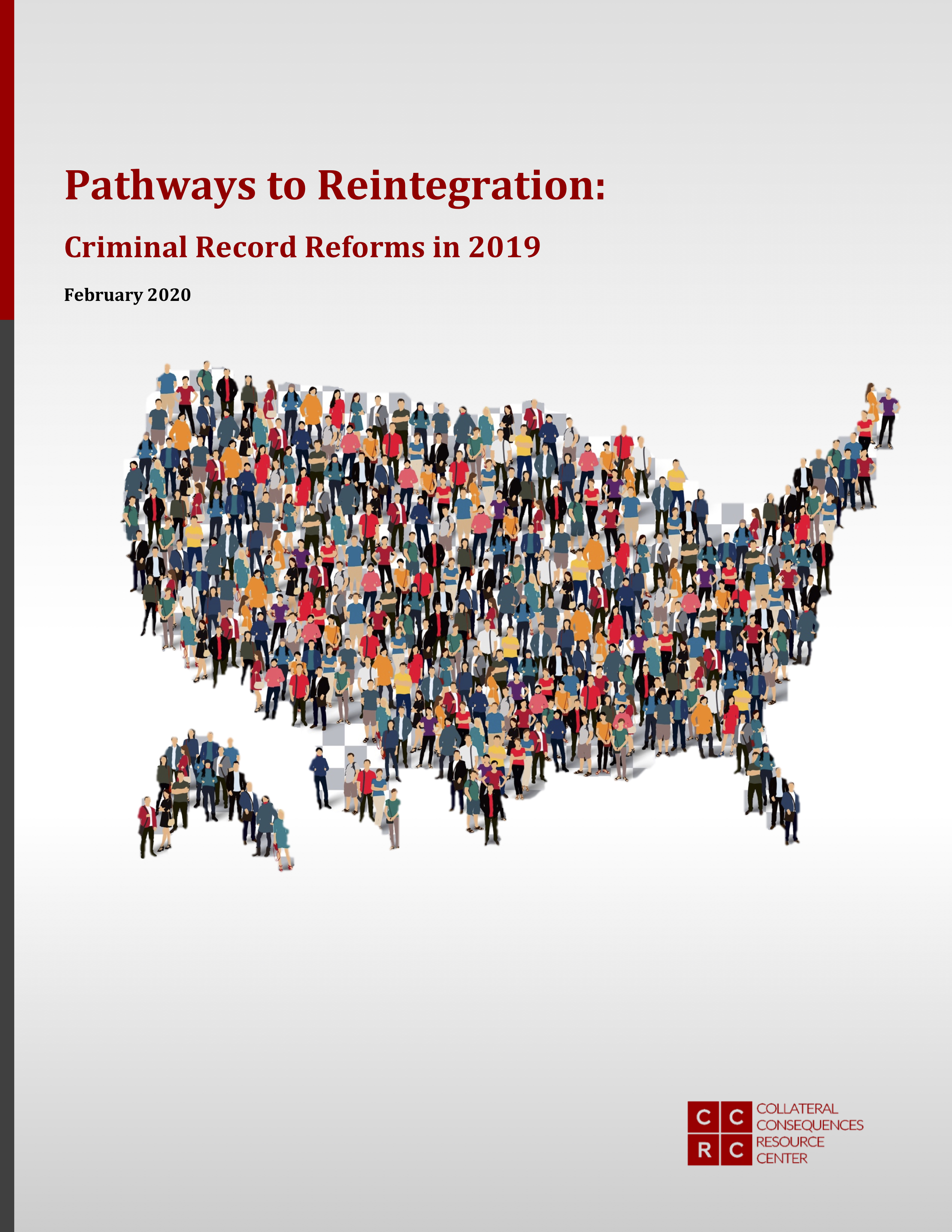 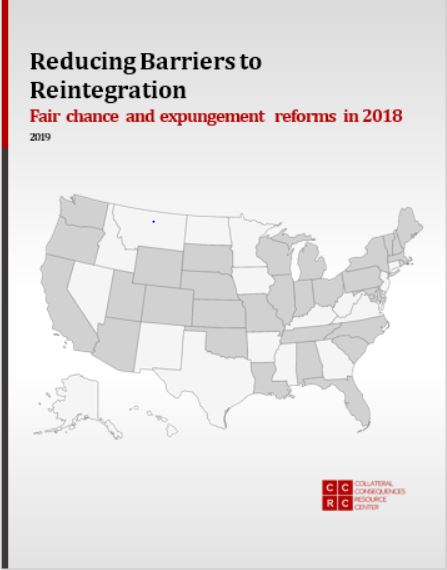 Reducing Barriers to Reintegration
Fair chance and expungement reforms in 2018 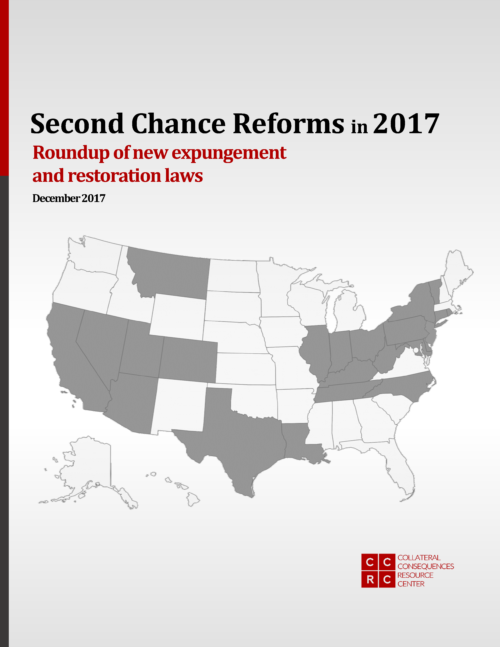 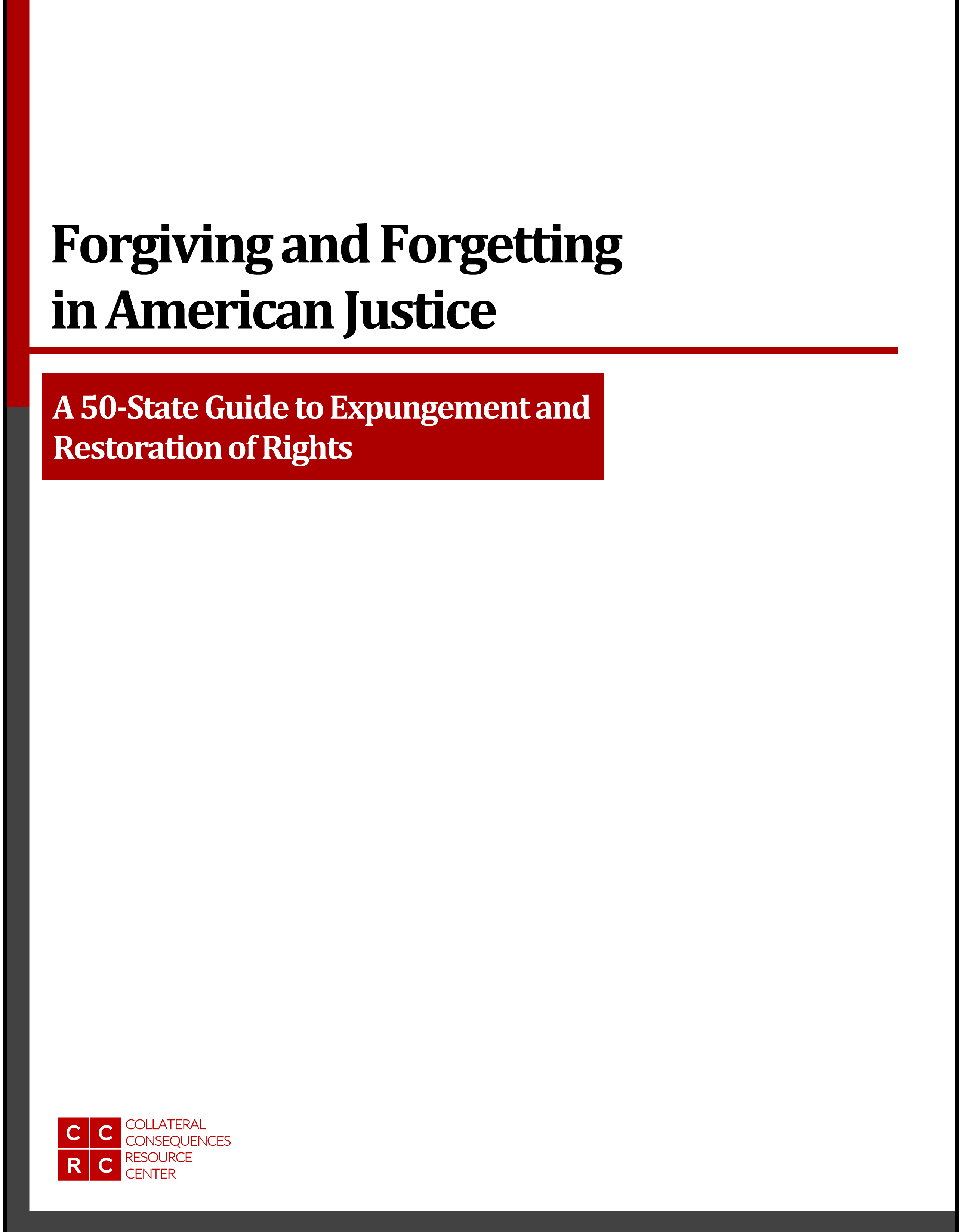 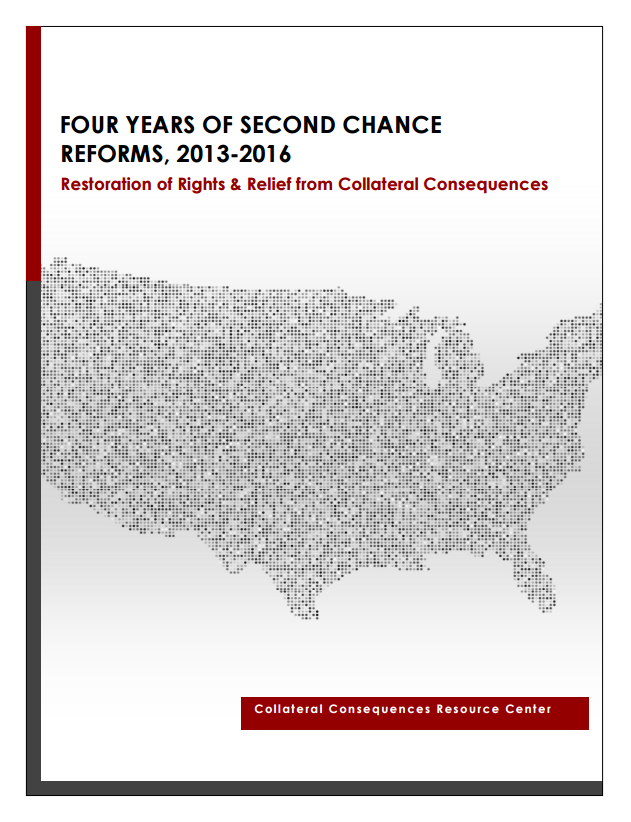 Out of Prison & Out of Work: Unemployment among formerly incarcerated people

Getting Back on Course: Educational attainment and exclusion among formerly incarcerated people

Repairing the Road to Redemption in California

2018 report by Californians for Safety and Justice

Does a Criminal Past Predict Worker Performance? Evidence from One of America’s Largest Employers

Criminal Background Checks and Access to Jobs: A Case Study of Washington, DC

Back to Business: How Hiring Formerly Incarcerated Job Seekers Benefits Your Company

Ban the Box and Racial Discrimination: A Review of the Evidence and Policy Recommendations

2017 report by the Heritage Foundation

Turning Shackles Into Bootstraps: Why Occupational Licensing Reform Is the Missing Piece of Criminal Justice Reform

2016 report by Stephen Slivinski, Center for the Study of Economic Liberty at Arizona State University

The Price We Pay: Economic Costs of Barriers to Employment for Former Prisoners and People Convicted of Felonies

2016 report by the Center for Economic and Policy Research

Putting Time Limits on the Punitiveness of the Criminal Justice System

2016 policy memo by Anne Morrison Piehl of The Hamilton Project

Disenfranchised by Debt: Millions Impoverished by Prison, Blocked from Voting

2016 report by Alliance for a Just Society

2016 report by the Sentencing Project

Racial Profiling in Hiring: A Critique of New “Ban the Box” Studies

Justice in Review: New Trends in State Sentencing and Corrections 2014 – 2015

Beyond the Box: Increasing Access to Higher Education for Justice-Involved Individuals

2016 report by the U.S. Department of Education

2016 report by the Juvenile Law Center

Jobs After Jail: Ending the prison to poverty pipeline

2016 report by the Alliance for a Just Society

Removing Barriers to Opportunity for Parents With Criminal Records and Their Children: A Two Generation Approach

2015 report by the Center for American Progress

The State of Sentencing 2014: Developments in Policy and Practice

2015 report by The Sentencing Project

Collateral Damage: America’s Failure to Forgive or Forget in the War on Crime — A Roadmap to Restore Rights and Status After Arrest or Conviction

2014 report of the National Association of Criminal Defense Lawyers

One Strike and You’re Out: How We Can Eliminate Barriers to Economic Security and Mobility for People with Criminal Records

2014 report by The Vera Institute of Justice

2014 report on expungement and confidentiality from the Juvenile Law Center

Juvenile Records: A National Review of State Laws on Confidentiality, Sealing, and Expungement

2014 report from the Juvenile Law Center

Raised on the Registry: The Irreparable Harm of Placing Children on Sex Offender Registries in the U.S.

65 Million “Need Not Apply”:  The Case for Reforming Criminal Background Checks for Employment

The Use of Criminal Records in College Admissions Reconsidered

2010 report of the Center for Community Alternatives

Second Chances in the Criminal Justice System: Alternatives to Incarceration and Reentry Strategies

2008 report by the ABA Commission on Effective Criminal Sanctions